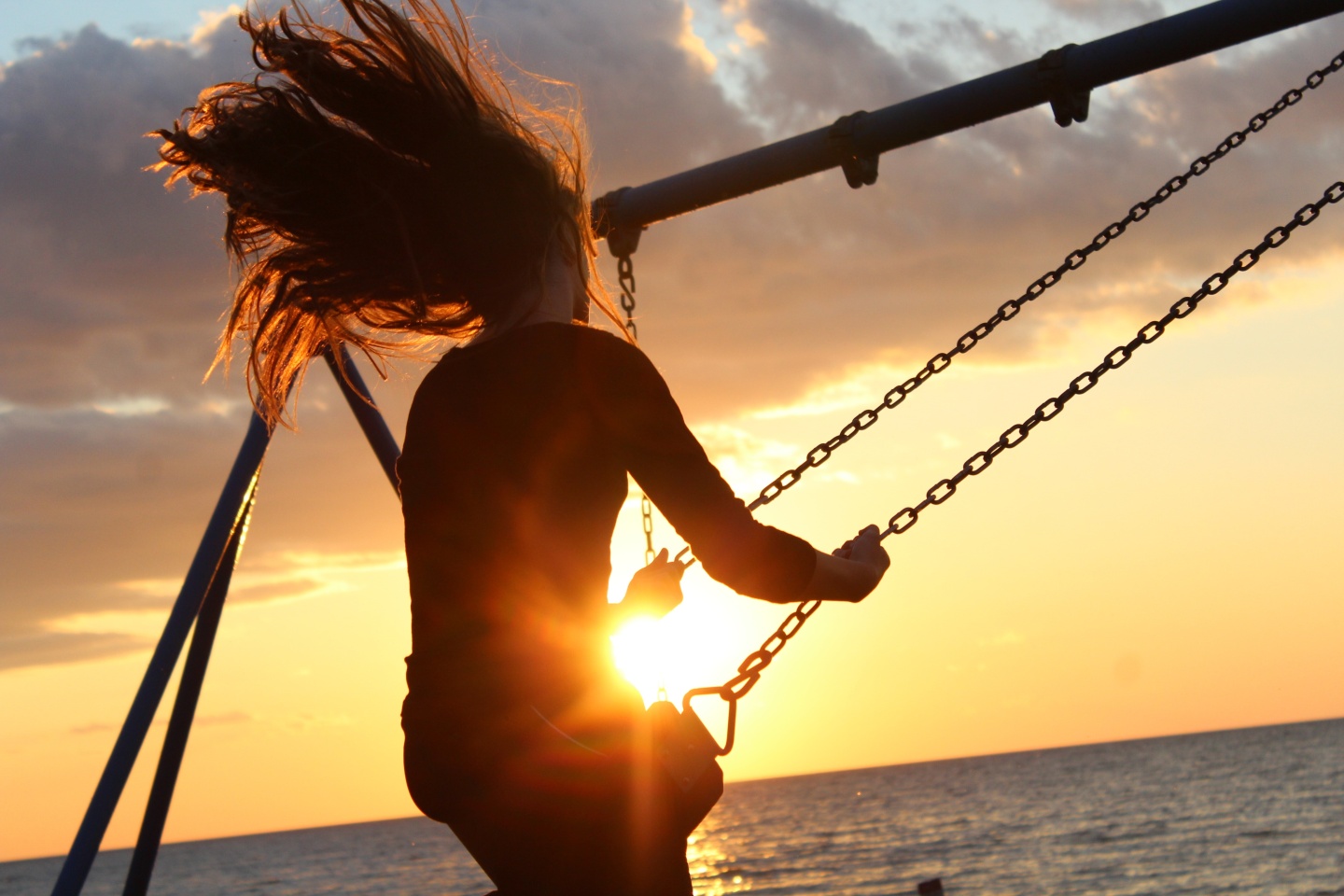 Dom said, Who’s got a car tonight? and Benjy went to sneak his mum’s keys out of her handbag and six of us piled in, four squashed in the back with a bag of cans but no coats. We should go to the coast, Dom said, and not one of us thought to question him, and I’ll drive, he said because we all knew Benjy was too cautious on roundabouts.

So there we were, 6pm on a June Wednesday, exams finished and the terror of Results Day still weeks in the future, excited to be going to the seaside. We pretended we weren’t, pretended we were cool Californians like we’d seen in films and heard about from the Beach Boys, but the truth was six Yorkshire teenagers on their way to Brid.

Brid’s boring, you said, and Benjy said Too right, let’s go to Scarborough, but Dom said Scarborough’s naff, and he was driving after all. We said nothing, the girls, me and Jade and Sian. Funny that, normally we never shut up.

Nobody had thought to pick up any tapes and Benjy got sick of re-tuning every time we lost the Radio One signal, so by the time he was banging the map on the glove compartment and shouting Second right you fat fuck and Dom was swerving away from the farm track towards the last stretch to Robin Hood’s Bay, the rest of us were swaddled in restless silence.

It was after eight when we piled out to the chip shop, laughing with the exhilaration of being young and alive on a long evening. Plus, we were relieved not to be in the car any more; between Jade’s elbow and the arm-rest I was expecting bruises. Dom stood us all a fish supper, grinning in the heat of the fryer, flourishing his wallet and playing up to his own legend. I’d left my purse at home with my door keys, no pockets in that dress. I wasn’t that practical, at seventeen.

We need a beach, you said, what’s the point of taking some birds to the coast if we’re not going on the beach? A man outside the hotel gave you a funny look and after the chip shop the breeze seemed twice as cold. I wanted to snuggle into you for warmth but both your arms were occupied, Jade and Sian giggling at either side of your impossibly wide smile, so I held my own bare elbows and watched Dom’s eyes narrow over his tower of newspaper parcels. OK, he said, pile in.

Dom parked a hundred yards away, pocketed the car keys and led us down to the beach. I was still crunching batter when Sian stripped down to her bra and knickers, there was no lace so she reckoned it’d do for a bikini. I shivered, looking at the goosebumps on her legs, and I felt the age difference in a way I hadn’t in a long time, baby of the class hadn’t meant much for a while. I wished we’d brought a flask of tea instead of the Heineken I was sipping. Then maybe Jade wouldn’t have gone one better than Sian and run naked into the water and you wouldn’t have run after her offering to rub in cream we didn’t have to protect her from the sun that was packing up for the night.

Here, Benjy said, and draped his cardigan round me. I was still cold and suddenly so was he but you and Dom were shoving at each other, ducking and twisting like you were dancing on the sand, your forced laughter drifted up to us. We should build a fire, Dom said, the girls are cold. He nodded at the two whose clothes were waiting for them by Benjy’s feet. Bring me some wood and I’ll set fire to it, you said, pulling the lighter out of your wet jeans, the engraved Zippo you’d bought despite none of us smoking, because you believed their hype.

Tide’s coming in, said Benjy, but you and Dom ignored him, only the girls looking uncertain and starting to get dressed. The tide, shouted Benjy, is coming in. You and Dom squared off at each other like gladiators. You don’t think I can build a fire on a damp beach? you said, Let’s see shall we. Dom pulled his trousers down and Sian squealed. Benjy and I looked at each other like we were the last sane members of an addled tribe, and when Dom’s trousers landed in my lap – didn’t want to spoil them with seawater, though apparently his dignity didn’t matter – I fished the keys out of the pocket and started shuffling backwards.

In the rear-view mirror we could see Jade’s silhouette, jumping around like a cheerleader while Sian clapped her hands beside her. You and Dom were lost to view in the dark water. We only meant to sit in the car and warm up, Benjy with his Morrissey look restored and me wrapped in the tartan rug off the back seat, but it was Benjy’s mum’s car, after all. We found an Abba tape behind the first aid box in the glove compartment and tapping his forefinger to the beat on the steering wheel, Benjy drove cautiously home.

JY Saville lives and writes in Northern England. She tweets @JYSaville and blogs here where there are links to all her free-to-access work. Some of her recent fiction has been published at Reflex Fiction, Firefly magazine, and FlashFlood.